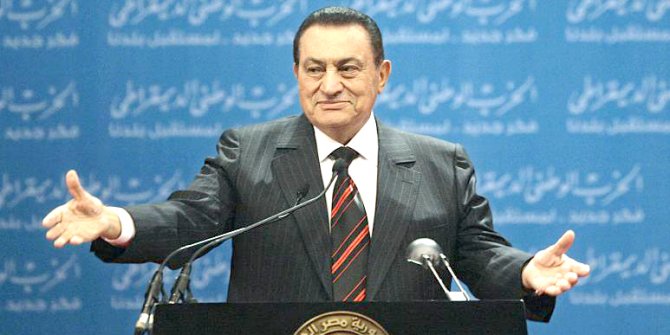 A year has passed since death of Egyptian dictator Hosni Mubarak

Former Egyptian President Hosni Mubarak died last year at the age of 91. State television announced that the deposed leader, who had been suffering from health problems for a long time, died after an operation in the hospital in Cairo, where he was treated. The former President of Egypt, whose full name is Muhammed Hosni Sadi Mubarak, was born on May 4, 1928. After President Enver Sadat was assassinated, Mubarak, who became the President of Egypt in 1981, resigned in February 2011 by transferring his position to his deputy Ömer Süleyman as a result of the public protests in the process called "Arab Spring". Mubarak, who was responsible for the killing of protesters who participated in the popular movements in 2011 by the security forces, was sentenced to life in June 2012. The former leader, who served his sentence in Tura Prison, was released after 6 years of imprisonment due to the deterioration of his health.