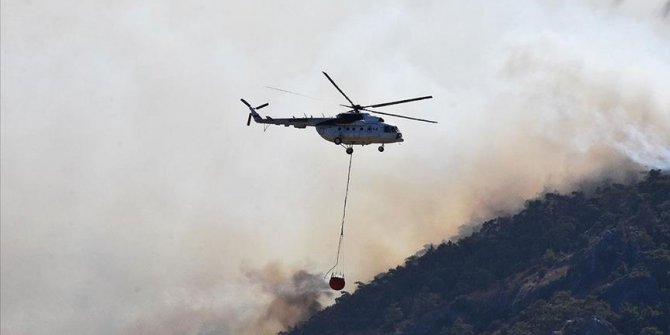 Locals, volunteers join forces with professionals to put out fires in southwestern coastal province of Mugla

Firefighters in southwestern Turkey on Monday continued their efforts to put out wildfires that have threatened populated areas in the Bodrum and Milas districts of the coastal Mugla province.

A fire started in a forested region of the Beyciler area and rapidly spread to several other neighborhoods due to the wind.

Some of the houses located in the fire-struck areas are now unusable, and some locals were seen fighting to save their livestock.

Only authorized vehicles are allowed into the region, where locals and firefighters work side by side to contain the blaze.

Volunteer citizens along with firefighting forces do their best to prevent the fire from spreading any further.