Alok Sharma, President of the 26th United Nations Climate Change Conference(COP26), visited the Kalyon Karapinar Solar Power Plant, where UK Export Finance (UKEF), the export credit agency of the British state, has provided the largest project financing on sustainability to date. Within the scope of the visit, Sharma was accompanied by Cemal Kalyoncu Chairman of the Board of Directors of Kalyon Holding. Kalyon Karapinar, which will reach full capacity by the end of the year and is the largest SPP in Europe, aims to reduce Türkiye's dependence on foreign energy and to meet the electricity needs of 2 million households.

Kalyon Karapıinar Solar Power Plant (GES), Türkiye's first technology domestic solar power plant, which has an investment value of 1 billion dollar in total with the financing of 812 million dollar provided by domestic and foreign financial institutions, will reach full capacity with a panel installed capacity of 1350 MW at the end of this year. Kalyon Karapinar GES, which is the largest in Europe in installed power and one of the few solar power plants in the world; In addition to meeting the domestic electricity needs of 2 million people, it also makes a significant contribution to reducing Türkiye's dependence on foreign energy sources. Karapinar GES, established in Konya by Kalyon Energy, one of Türkiye's most important players in the field of renewable energy, is Türkiye's largest solar power plant, but it has already become Europe's largest solar power plant with 900 MW panel installed power put into operation. The signing ceremony of Karapinar GES's 12-year term financing of a total of 812 million dollar was held in Istanbul in recent months. Karapinar GES, which contributes significantly to the reduction of foreign dependency in energy, hosted an important visit on Tuesday, July 5th. 26th United Nations Climate Change Conference (COP26) President Alok Sharma while visiting the power plant; Sharma was accompanied by Kalyon Holding Chairman Cemal Kalyoncu.

"MOST IMPORTANT ISSUE IS TO MAKE ENERGY CLEAN"

Alok Sharma, who received detailed information about the power plant from the authorities, made the following evaluations:

"One of my key aims as COP26 President has been to consign coal power to history. As the energy sector accounts for around a quarter of global emissions, cleaning up energy has become critical to move towards to net zero target. The Glasgow Climate Pact, agreed by almost 200 countries at COP26, commits to phase down coal power and phase out inefficient fossil fuel subsidies. So it is a pleasure to be here and to see for myself the extraordinary Kalyon Karapinar Solar Power Plant which will be Türkiye's largest solar power facility and, once completed, will deliver clean electricity to power two million households. This plant is a symbol of a future of clean energy future and UK-Türkiye collaboration with the UK providing largest financing guarantee of 217 million sterling for a solar energy project abroad to date."

Karapinar GES, which is one of Türkiye's new generation clean energy investments, financed 812 million dollars by the consortium; It is among the largest power plants in Türkiye and Europe, and among the few in the world, with its installed power of 1350 MW and high locality rate. The project, which leads the important breakthroughs in reducing foreign dependency in energy; It has already started to provide Türkiye with foreign exchange substitutions in the amount of 400 million dollars annually. The solar panels of Karapinar GES are also produced and supplied by Kalyon PV, a Kalyon Energy company. Kalyon PV's panel production, which is realized with an 80 percent locality rate, is also of strategic importance in terms of the development of R&D in this field, reducing the current account deficit and providing qualified employment. The Kalyon PV factory provides an annual foreign exchange substitution of 250 million dollars to the Turkish economy. Kalyon Karapinar Solar Power Plant and Kalyon PV Solar Panel Factory, together with each other, started to contribute 650 million dollars annually to the Turkish economy.

Reminding that they opened the Kalyon Solar Technologies factories in Ankara on August 19, 2020 with the presence of President Recep Tayyip Erdogan, Chairman of the Board of Directors of Kalyon Holding, Cemal Kalyoncu stated that that they started the first panel assembly of Karapinar GES in Konya on the same day.

Kalyoncu said, "At the point where we have reached in a short period of just 23 months, 900 MW of the Kalyon Karapinar Solar Power Plant has already been commissioned. In addition, by increasing the production capacity of our factory to 1000 MW, we have moved forward the date of the full operation of our power plant by one year. Therefore, our power plant, which has an investment cost of 1 billion dollars, will reach full capacity with an installed capacity of 1350 MW at the end of 2022." He pointed out that the British Government's provision of the largest project financing on sustainability to date to Kalyon Karapinar GES indicates confidence in Türkiye and Kalyon Holding's sustainable financial structure even in a period when markets are struggling at the global level due to the pandemic. Cemal Kalyoncu also said, "As climate change is the decisive challenge of our time, we will continue our efforts to transform the world into a sustainable green economy."

"When our Karapinar GES, which is installed on a single area of 20 million square meters, that is, exactly the size of 2,600 football fields, is completed, it will take its place among the world's few solar power plants as well as being the largest solar power plant in Europe. We are also very proud that all of the panels used in our power plant are produced by Kalyon PV, the world's first and only fully integrated solar panel production factory, with 80 percent locality" Kalyoncu said in his statements. He underlined that when they reach full capacity, they will increase the share of Türkiye's solar energy in renewable energy by 20 percent and thus meet the domestic electricity needs of 2 million people. Stating that together with Kalyon Karapinar GES and Kalyon Solar Technologies Factory, they provide employment opportunities for a total of 3 thousand highly qualified engineers and technicians, Kalyoncu added that they are determined to continue their investments with the aim of making clean and renewable energy more accessible. 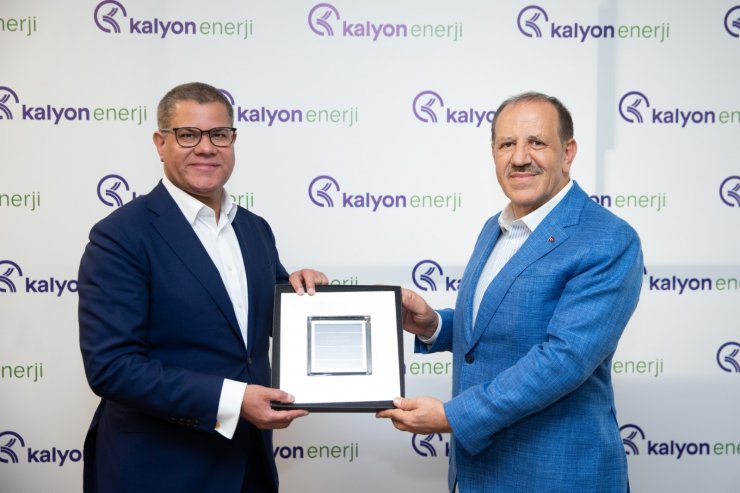 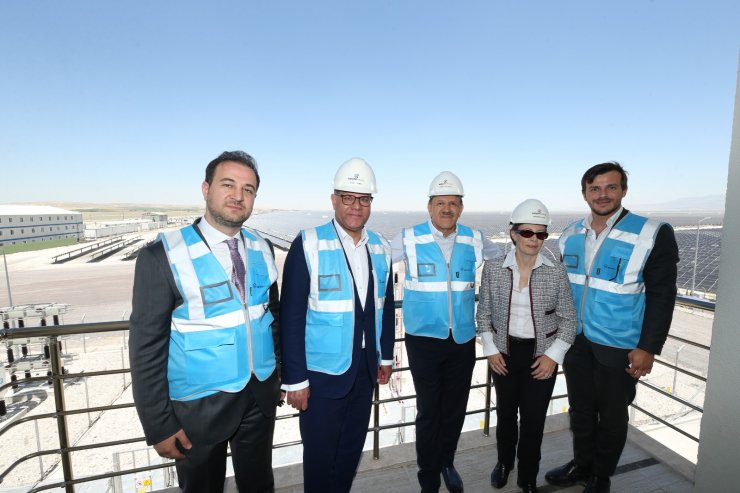 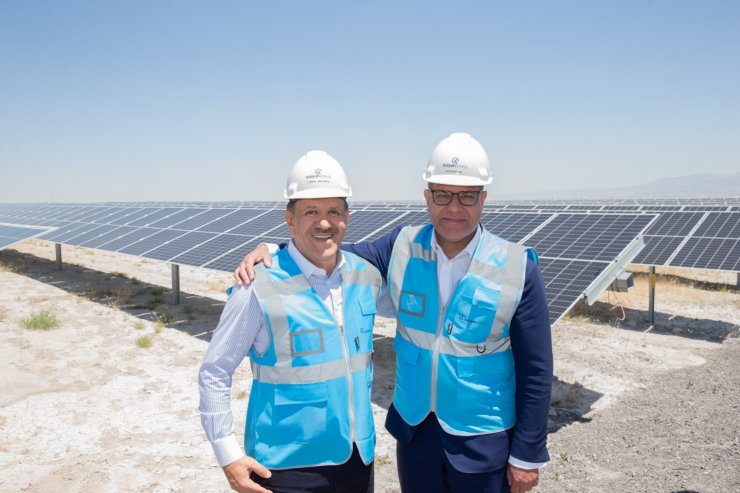 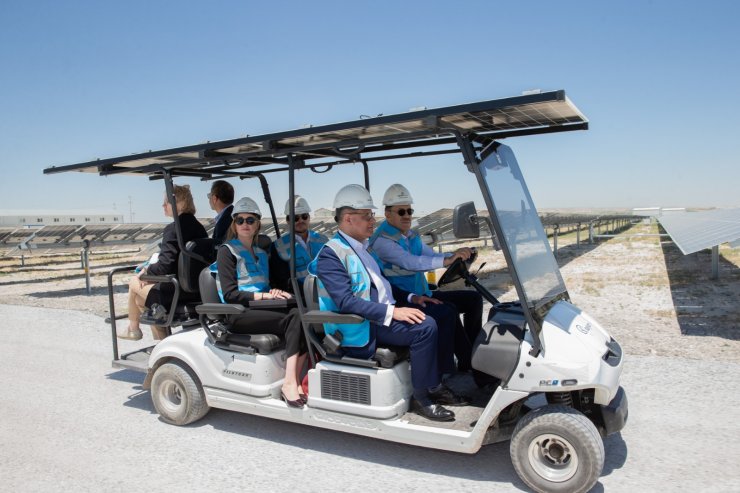 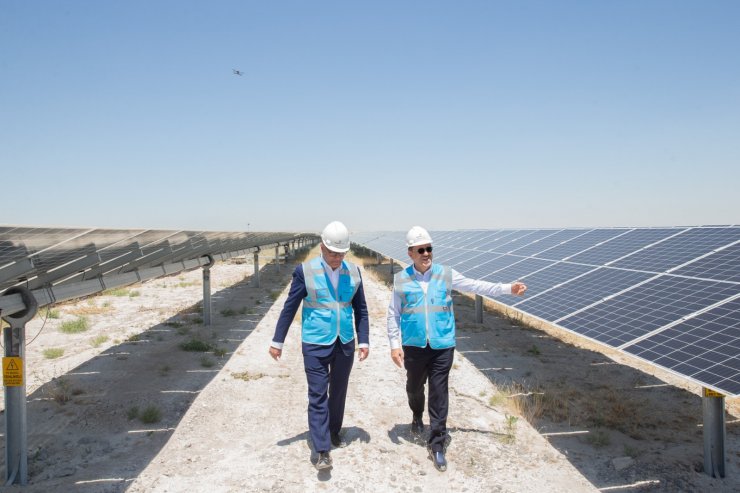 The foundation of the 500 million Lira factory has been laid

Autumn elegance in the urban forest in Zonguldak in Turkey