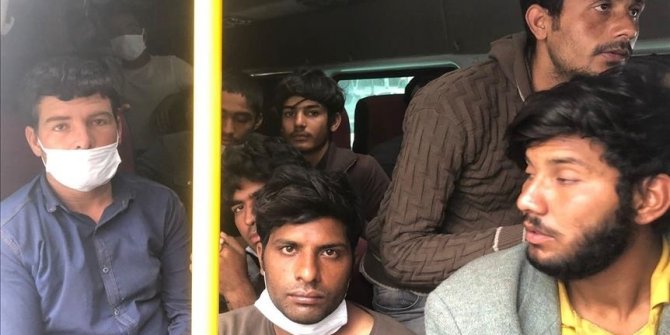 A total of 147 irregular migrants were held in central Turkey early Friday, according to officials.

The Ankara Provincial Gendarmerie Command said in a statement that the irregular migrants, including five Pakistanis, 142 Afghan nationals and two migrant smuggling suspects were held in the trailer of a truck stopped on the Ankara-Nigde highway.

The move came after gendarmerie teams were informed about possible migrant smuggling due to work carried out in Ankara province’s Sereflikoçhisar district.

Turkey has been a main route for irregular migrants trying to cross to Europe, especially since 2011, when Syria’s civil war began.