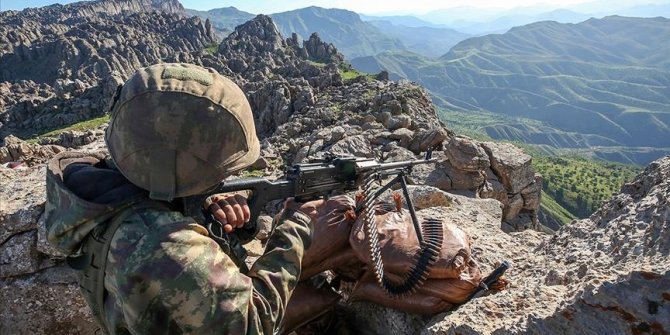 Turkish security forces on Thursday confiscated a large amount of ammunition belonging to the PKK terror group in southern Turkey, according to security sources.

As part of an operation carried out by gendarmerie special operations teams and village guards, shelters used by the PKK terrorists with large amounts of ammunition were found around Mt. Amanos in the province of Hatay, said the sources, who asked not to be named due to restrictions on speaking to the media.

Separately, eight shelters and a warehouse were destroyed in an operation against the PKK terror group in rural areas of the southeastern Mardin province, and materials used to make explosives were destroyed.

As part of Operation Eren-5, provincial gendarmerie forces confiscated materials used to make explosives as well as documents related to the organization.

In its more than 35-year terror campaign against Turkey, the PKK – listed as a terrorist organization by Turkey, the US and EU – has been responsible for the deaths of nearly 40,000 people, including women, children and infants.