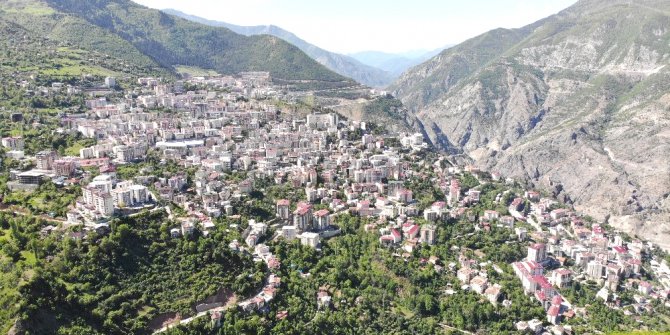 Artvin, Turkey's Black Sea located in the department of the Eastern Black Sea Region is a province located in the Black Sea coast. Province is located in the northeast corner of Turkey-Georgia border. There is Ardahan in the east, Erzurum in the south and Rize in the west. According to TÜİK data in 2020, there are 9 districts, 9 municipalities, 39 neighborhoods and 320 villages in these municipalities, together with the central district. It is sharply separated from other regions of Anatolia with its geographical and cultural structure. Surface shapes are very rough. Climate diversity is high. The most important river of the province is the Coruh River, which gave its name until 1956. Artvin is famous for its bulls and its symbol is the bull. Approximately 55 percent of Artvin province lands are covered by forest areas. There is a copper mine in Murgul. It is generally known as Livane and Çoruh in history. The population of Artvin is composed of Georgians, Hamshens, Meskhetian Turks and Laz.