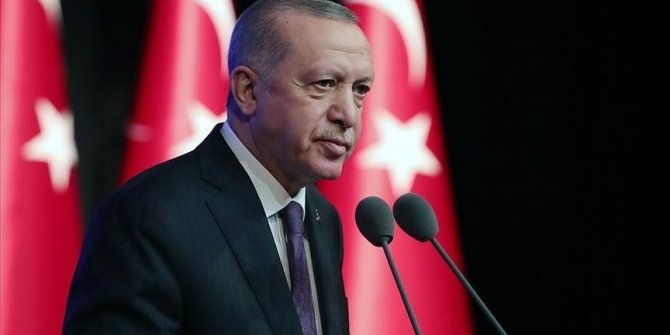 Turkey was forsaken in its efforts to prevent irregular migration, the Turkish president said on Thursday.

"Turkey has been left alone in its extraordinary struggle to prevent irregular migration originating from Syria," Recep Tayyip Erdogan said in a video message sent to a symposium on the Aegean Sea and relations with Greece.

Noting that the refugee crisis could be instrumental in strengthening cooperation between Turkey and Greece, Erdogan said Athens wasted this opportunity with its “uncompromising stance.”

He said that Turkey expects Greece to respect its rights and interests and called on the neighboring country to avoid "unilateral actions" and "attempts at fait accompli".

"We will find solutions based on fairness, justice, and cooperation with Greece, observing neighborhood ties," he added.