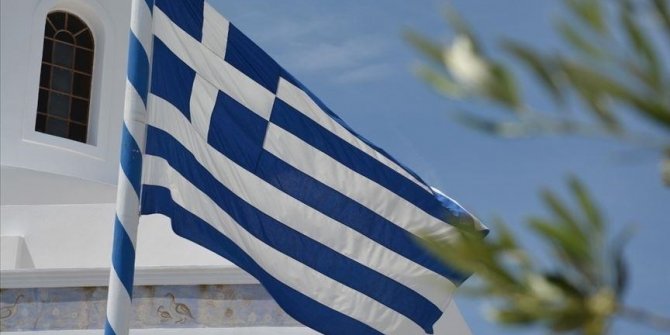 Turkey on Monday accused Greece of sending assault boats near its coast.

"Despite all of Turkey's positive and constructive efforts, Greece continues its provocative and unlawful actions," Kara said.

"However, Turkey maintains its efforts in favor of resolving the issue through dialogue and negotiations based on international law and good neighborly relations via peaceful means," she added.

Taking note of a recent meeting between the two countries under a deconfliction mechanism at NATO headquarters, she said Greece had yet to respond to an official invitation for a fourth confidence-building meeting.

Tensions have been running high for months in the Eastern Mediterranean as Greece has disputed Turkey's rights to energy exploration.

Turkey -- the country with the longest coastline on the Mediterranean -- sent out drillships to explore for energy on its continental shelf, asserting its rights in the region as well as those of the TRNC.

Greece has made maximalist maritime territorial boundary claims based on small islands just kilometers off the Turkish coast. To reduce tensions, Ankara has called for dialogue and negotiations to ensure fair sharing of the region's resources.

Noting that there were a total of 50 Cougar-type helicopters in the Turkish Armed Forces' inventory, she said 30 of them were given to the Land Forces Command and 20 to the Air Forces Command. Kara said that since 1995, when the helicopters were added to the inventory, approximately 150,000 hours of flight had been made in all kinds of weather and terrain conditions.

A total of 11 Turkish soldiers, including a corps commander, were martyred and two others were injured in the crash.

Kara also said that this year, a total of 320 terrorists, including members of the Daesh/ISIS terror group, had been neutralized in the areas where Turkey has conducted military operations in Syria.

She said Turkey built 14 hospitals and 13 mobile health units in the region as part of its humanitarian efforts.

Kara added that with the repair and construction of 1,253 schools, approximately 300,000 students were able to receive education. Kara also said that 486 mosques and seven churches had been repaired.

Euphrates Shield (2016) is one of the three successful anti-terror operations that Turkey has launched since 2016 across its border in northern Syria to prevent the formation of a terror corridor and enable the peaceful settlement of residents. The other two are Olive Branch (2018) and Peace Spring (2019).

Syria has been embroiled in a vicious civil war since early 2011 when the Bashar al-Assad regime cracked down on pro-democracy protests with unexpected ferocity.

In Libya, Kara said Turkey had trained a total of 1,040 Libyan soldiers and police personnel in five training centers across the country.

"As we have always stated, our aim is to ensure the territorial integrity of Libya, sustainable cease-fire, lasting peace, and stability," she said.

On Oct. 23, 2020, the UN announced a permanent cease-fire agreement between Libya's warring rivals.

Libya has been torn by civil war since the ouster of late ruler Muammar Gaddafi in 2011.

Turkey supports the UN-recognized Government of National Accord based in the capital Tripoli, as well as a peaceful resolution to Libya's problems.