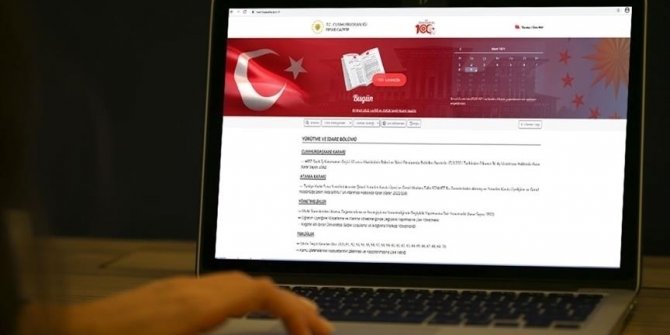 Turkey’s Interior Ministry issued a public notice early Wednesday on coronavirus measures to be taken as part of a partial lockdown during the Muslim holy month of Ramadan.

According to the notice, which was sent to all 81 of the country’s provinces, the rules to be followed and coronavirus measures to be taken on a provincial basis will be determined by the governorships.

Under the new restrictions, the weekday curfew will start at 7.00 p.m. instead of 9.00 p.m. and last until 5 a.m., during which inter-city travel will also be banned except for necessary and urgent situations.

A nationwide weekend curfew that was re-enforced on April 2 will continue until May 17.

Cafes and restaurants will also only provide home delivery and takeaway services while wedding halls, sports centers and game halls will be closed until the end of the Eid holiday marking the end of Ramadan in the country.

Facilities such as astro pitches, swimming pools and fitness centers will be closed.

Large-scale activities of NGOs or public institutions and organizations will not be allowed as part of the new partial curfew plan.

Wedding ceremonies will also be banned and no visitors will be accepted at social protection/care centers such as nursing homes and rehabilitation centers until the end of the Ramadan holiday.

Meanwhile, the seating capacity for public transportation will be limited to 50%.

As of Tuesday, Turkey had registered a total of 34,455 deaths from COVID-19, while over 3.42 million people have recovered from the disease. There have been over 3.96 million confirmed cases in the country.

Since December 2019, the coronavirus pandemic has claimed more than 2.95 million lives in 192 countries and regions.

Over 137 million cases have been reported worldwide, with recoveries now over 78 million, according to figures compiled by US-based Johns Hopkins University.

The US, India and Brazil remain the worst-hit countries in terms of cases.