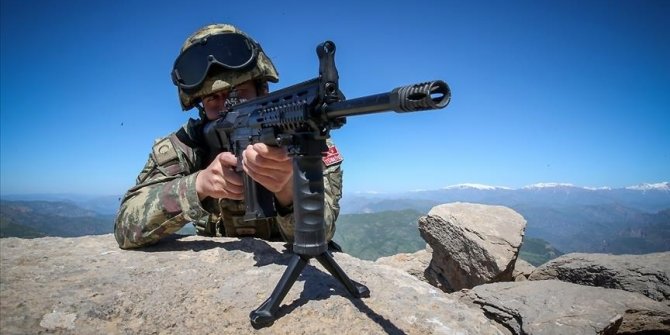 Two terrorists were neutralized in the Operation Pence-Simsek region in northern Iraq, the ministry said on Twitter.

The other two terrorists were neutralized in the Operation Euphrates Shield and Operation Peace Spring zones in northern Syria, it added.

Turkish authorities often use the word “neutralized” in statements to imply the terrorists in question surrendered or were killed or captured.

The Pence operations are a series of offensives Turkey has carried out since 2019 against terrorist organizations in northern Iraq, particularly the PKK.

The latest ones are the Pence-Simsek and Pence-Yildirim operations, launched by Ankara on April 23 in northern Iraq’s Metina and Avasin-Basyan regions near its borders.

Since 2016, Turkey has also launched a trio of successful anti-terror operations across its border in northern Syria to prevent the formation of a terror corridor and enable the peaceful settlement of residents: Euphrates Shield (2016), Olive Branch (2018), and Peace Spring (2019).

The YPG is the PKK’s Syrian offshoot.