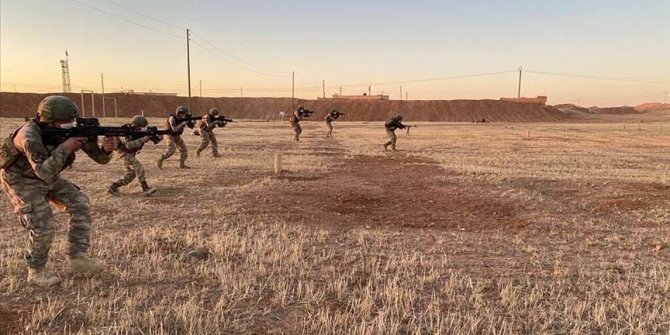 They were neutralized in the areas of Operation Euphrates Shield and Operation Olive Branch, the ministry said on Twitter.

Terrorists, including a senior member of the YPG/PKK headquarters in the Mt. Qandil region in northern Iraq, were targeted as they were preparing to launch attacks, it also said.

On Saturday, two Turkish soldiers were killed and three others injured in an attack in northwestern Syria. The attack occurred after a search and scanning operation in the Idlib de-escalation zone, according to a statement by the National Defense Ministry. Later, another soldier succumbed to his injuries sustained in the attack. Idlib falls within a de-escalation zone forged under an agreement between Turkey and Russia in March 2020.

Since 2016, Ankara has launched a trio of successful anti-terror operations across its border in northern Syria to prevent the formation of a terror corridor and enable the peaceful settlement of residents: Euphrates Shield (2016), Olive Branch (2018), and Peace Spring (2019).

In its more than 35-year terror campaign against Turkey, the PKK – listed as a terrorist organization by Turkey, the US, and EU – has been responsible for the deaths of at least 40,000 people, including women, children, and infants. The YPG is the PKK’s Syrian offshoot.

History being rewritten with archaeological excavations at train station in Istanbul