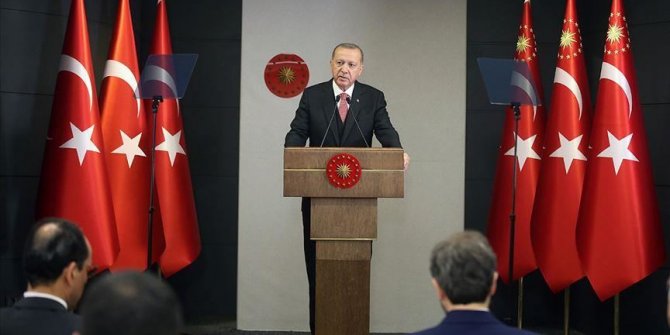 He added that a National Solidarity Campaign to raise money to fight the virus and its impact had netted some 1.91 billion Turkish liras ($271 million) in donations.

The country will also reopen hair salons and shopping malls on May 11, while people over age 65 will be allowed to go outside for four hours a day, said Erdogan.

Turkey has delivered coronavirus aid to at least 57 countries, including the US, Italy, Spain and the UK, and remains the world's third-largest provider of humanitarian aid during the pandemic.

COVID-19 cases have been reported in 187 countries and regions since it emerged in Wuhan, China last December, with the US and Europe the hardest-hit areas.

More than 3.53 million cases have been reported worldwide, with the death toll exceeding 248,000, according to data compiled by the US’ Johns Hopkins University. Over 1.13 million people have recovered.