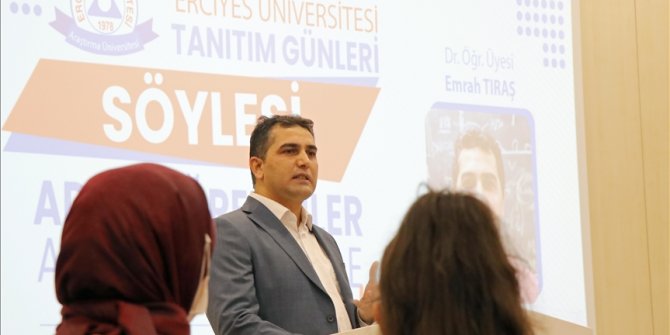 A Turkish physicist and his team is actively taking part in international experiments at the Fermi National Accelerator Laboratory (Fermilab), a US-based laboratory specializing in high-energy particle physics, he told Anadolu Agency on Wednesday.

Emrah Tiras, an assistant professor at the Department of Physics at Erciyes University in Turkey's central province of Kayseri, said that throughout his scientific career, he has worked at the European Organization for Nuclear Research (CERN) and Fermilab as a researcher.

Tiras said that he spent four years doing research on neutrinos, the elusive subatomic particles which rarely interact with anything.

"There are currently two international neutrino experiments at Fermilab. One of these is the best neutrino experiment, with 35 scientists from four countries working in this study. Our group and Erciyes University are the first from Turkey to be active participants in this experiment," he said.

He went on to say: "In the other experiment, 250 scientists from eight countries are working. This experiment is one of the largest neutrino experiments in the world, worth $350 million. We, as the Erciyes Neutrino Research Group, are active members of this experiment."

The research group includes two people who are postdoctoral researchers and three others are undergraduate students.