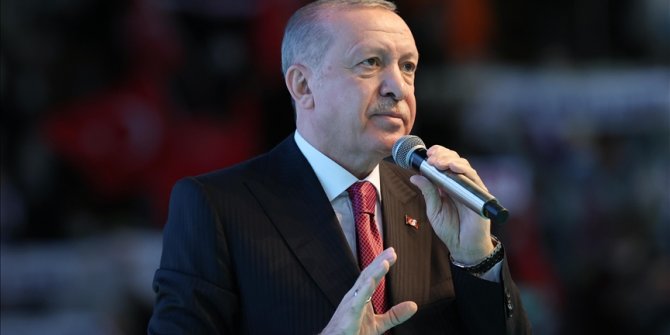 "Women, who make up fully half of humanity, cannot and should not be excluded from politics or any other domain of life," Recep Tayyip Erdogan told a meeting of the ruling party’s women’s branch.

Emphasizing that women are an essential part of Turkish family life and culture, he stressed that women and building stronger families are intertwined.

"We cannot reach our goal of being a global power without fortifying our national and spiritual foundations," Erdogan said.