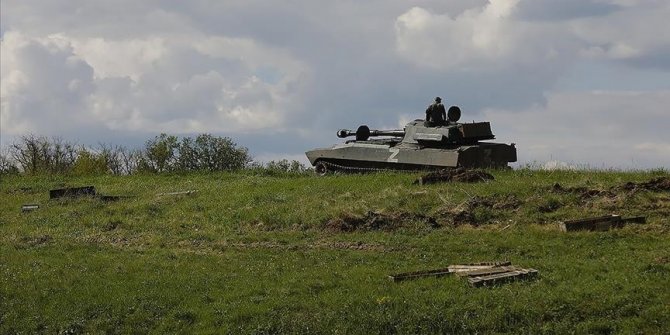 100 soldiers killed over past day, according to Ukrainian General Staff

At least 29,450 Russian soldiers have so far been killed during the war in Ukraine, the Ukrainian Defense Ministry said on Wednesday.

Some 100 Russian troops were killed over the past 24 hours, according to a statement by the Ukrainian General Staff.

In a statement issued on March 25, the Russian Defense Ministry said 1,351 of its soldiers operating in Ukraine were killed.

At least 3,942 civilians have been killed and 4,591 injured since Russia launched a war on Ukraine on Feb. 24.

Nearly 6.6 million people have fled to other countries, while more than 7.7 million have been internally displaced, according to the UN refugee agency.